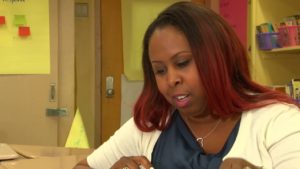 Mrs. Charene Chapman-Santiago is an 8th grade English Language Arts teacher at MS 352 – Ebbets’ Field Middle School in Brooklyn. She was recently recognized for her excellence in teaching by the Brooklyn Nets basketball team.

She has a BA from New York University in Journalism and Media. Before becoming a teacher, she was an assistant to Russell Simmons in his head company, RUSH Communications, a photojournalist, and a documentary filmmaker. A former New York City Teaching Fellow, Charene earned her first Master’s degree from Pace University, and a second in Educational Administration and Supervision from the College of St. Rose. She is an adjunct professor at City College.

Since beginning her career as an educator, Charene has been a Literacy Coach and English Department Chair, and a PCT (Peer Collaborative Teacher). She was a member of The White House initiative, Turnaround Arts, for which she directed and produced various plays and Black and Latino History performances. She also started a girls mentoring program called Ladies in Training. Charene is married to Edwin Santiago and has two daughters, Lilyana and Isabella.

A leader at her school in the education of bilingual students at her school, she presented at the annual meeting of the New York State Association of Bilingual Education in 2014 and in 2017. She also co-wrote a chapter of the book Translanguaging with Multilingual Students: Learning from Classroom Moments edited by Ofelia Garcia and Tatyana Kleyn. Charene hopes to enroll in a PH.D program to further her studies in the disproportionality of black and Latino boys in school discipline systems.

Take a Peek in Charene’s Classroom

Charene On Getting to Know Her Students

In this video from the CUNY-NYSIEB series, Teaching Bilinguals (Even if You’re Not One), Charene explains how she gets to know her students — despite not always sharing their language backgrounds.

See a Unit In Action

Charene, in collaboration with Ivana Espinet of CUNY-NYSIEB designed a unit project to leverage students’ multilingualism as a resource to support exploration of their complex, diverse identities. The video presentation to the right features examples of student work from this project, in addition to the driving philosophy behind it. 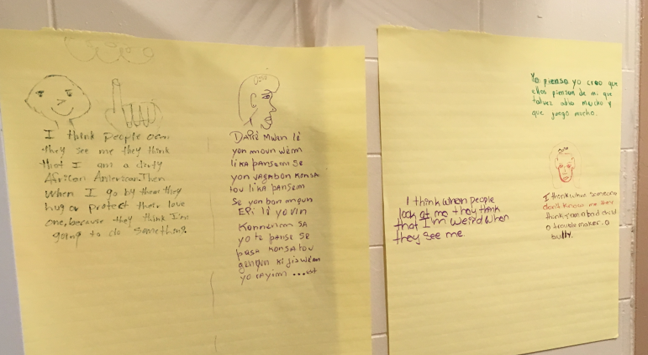 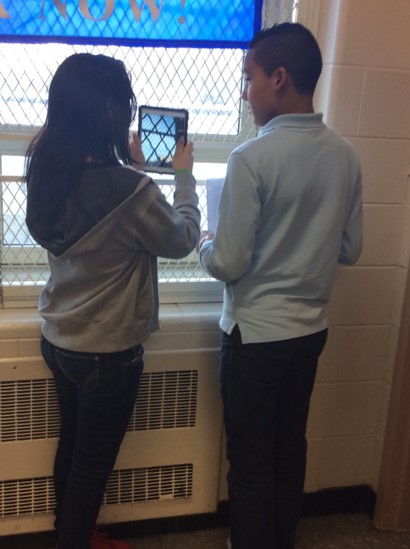